Yo-yo effect - what it is and how to prevent it ? 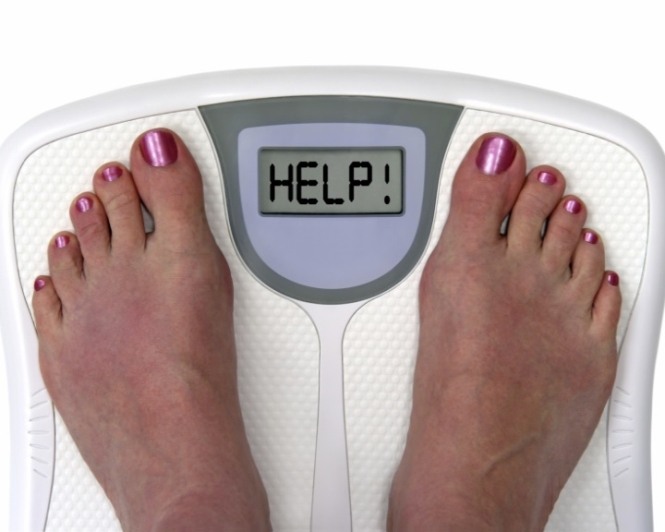 As yo-yo effect we call the body weight fluctuations, consisting of the following succession of put on and loosing weight. During comply with the low-energy diet the speed of Basal Metabolic Rate (BMR) is decreased. This is the adaptable reaction on energy supplied with food reduction - like a switch of the organism into ?stand-by mode?. The body temperature is decreasing (persons on a restrictive or starvation diet complain of feeling cold), blood pressure. The more restrictive diet the bigger BMR decrease is, that is metabolism reduction. After cessation of the low-energy diet and returning into the recent way of nutrition organism remembers the value of BMR for ?stand-by mode?. For example, if the BMR value before the diet was 1300 kcal, after the diet value is reduced to e.g. 900 kcal. The 400 kcal difference is the value by which you should intake fewer calories after the diet is ceased, to prevent the yo-yo effect. And in this lies the trap while using a low-energy diets, you?re coming back to the normal amount of the calories intake and the organism working on decreased BMR compensates lost during the diet kilograms and adds more very rapidly.

Obesity is a huge problem of the modern civilization. It is known that it increase the risk of falling into a number of illness, which eliminates from active life and contributes to premature deaths. Millions of people around the world is going through many slimming treatments and takes supporting aids. Even children and youth - often unnecesarilly - are dieting and applying food restrictions. For example in Sweden 7 years old girls admit that they were or are sliming down. Among the american teenagers even 50% is considered obese (in fact one in four is obese), even 79% of Australian students would like to weigh less. Statistics relating to slimming says that every obese has one, several or more slimming treatments. As a result they lose several kilograms and after that often getting fat again. From my observation, after 2 years since the end of ambulatory treatment half of the patients holds the weight they gain thanks to the treatment while the others put on weight. It is also known that after 5 years over 80% of persons is getting fat again, then attempt to loose weight again. This off course prompts the question if that often body weight changes impacts on the health. Medicine picked up that topic. Many years of research in american town Framingham have shown that weight fluctuations of man as well as women has got influence on the death rate increase in general and on morbidity and death rate caused by coronary heart disease. The MRFIT (Multiple Risk Factor Intervention Trial) study stated that mentioned Yo-Yo effect increases the risk of coronary heart disease. These observations concern smoking as well as non-smoking persons. Similar results were shown by the Western Electric Study study. In this case 2000 people were observed for 25 years. The study included people who were 40-56 years old in 1957. They were divided into 3 groups: the first was those whose weight change reached 10% in last 5 years, the second was persons who were gaining weight gradually and the third ? men, whose weight fluctuations was below 5% (it was considered as stable weight). It has shown that the death rate caused by coronary heart disease during 25 years of observation amounted : in case of persons with a significant weight fluctuations ? 25% (1st group), in case of men with gradual weight gain ? 15% (2nd group) and in case of persons with stable weight ? 14% (3rd group). In turn, mortality caused by cancer amounted in the 1st group ? 7,1%, 2nd ? 13,5% and in 3rd ? 5,6%. Observations of Western Electric Study showed that fluctuations of weight increases the risk of coronary heart disease, althought it has got slight impact on the incidence of tumour. In turn, the stable weight growth significantly increases the risk of cancer, yo-yo effect plays a lesser role here. Similar results were showed by the studies in Goteborg. It proved that the weight fluctuations has got an impact on the death rate. Although it is worth noting, that there is no agreement among the reaserchers in that matter. For example in the studies of Longitudinal Study of Ageing and Charleston Heart Study there was no dependence found between the yo-yo effect and the risk of coronary heart disease. Despite the lack of uniform views in this master, the yo-yo effect, often fluctuations in body weight, should be considered in the terms of health. Proponents of this hyphothesis believe, that increased during weight gaining animal fats intake as well as formation of the obesity, especially abdominal, has got significant meaning for the development of metabolic disorders (metabolic rate), which in turn causes growth in the number of deaths.

Who is yo-yo effect endangered ?

How to prevent yo-yo effect ?

I stage - proper weight loss
- use only reasonable diets (based on scientific conditions)
- lose weight between 0,5 to 1 kg per week


As yo-yo effect we call the body weight fluctuations, consisting of the following succession of put on and loosing weight. During comply with the...

An apple a day keeps the doctor away. People who eat temperate fruits (such as apples) as opposed to tropical fruits have less of a chance of getting heart disease. Apples are part of the carbohydrate group which has a low glycaemic index and, therefore, only slightly raise blood-sugar levels.

Gluten-free diet guidelines:    Gluten protein that causes celiac disease is a gliadin - (a component of gluten) contained in oats, barley, rye and wheat. Patients must exclude from your diet foods containing gluten and replace them with rice, corn or soybeans. Products allowed in gluten-free diet: - Powder and liquid milk - Cheese,... READ MORE