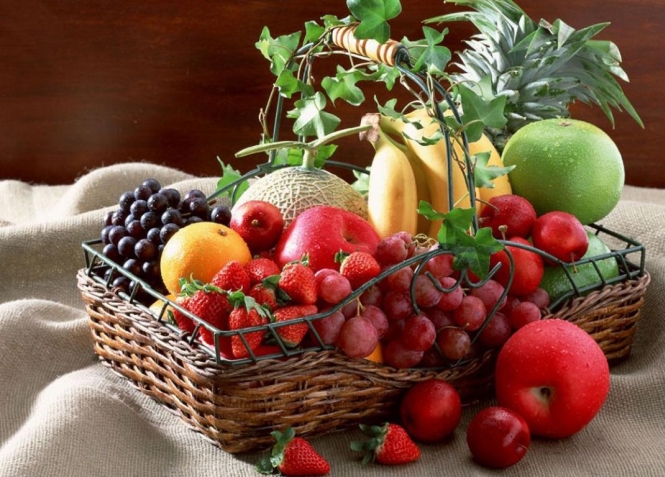 Cancer in industrialized countries are one of the main reasons of death. Cancer is a disease, which all of us are afraid of. It?s threatening because it develops deceitfully, often for many years and can stay undiagnosed until it?s incurable. Scientists claim that in every human organism there are potentially cancerous cells, but in most cases organism don?t allow them to develop. What is the cause for their  multiplication? Not every cause was examined. If we fall ill depends on us and our lifestyle. Healthy lifestyle and proper anti-cancer diet is a key to keep advantage over potential disease. Through food we eat we can protect our organism from the cancer cells attack. As it is stated in American Institute for Cancer Research and World Cancer Research Fund ? of cases are caused by wrong diet, and over 40% could be avoided by changing lifestyle and enriching daily menu with anti-cancer substances. It?s worth trying though.

Anti-cancer substances and their sources in food

Sulphides - substances that contain sulfur, which is the reason for their very intense smell and spicy taste. They Therapeutically influence on an organism, more efficiently when products aren?t processed (however without high temperature many of them die) - but cut (i.e.onions) or crushed (garlic). Thanks to cutting or crushing more cells that are destroyed release enzymes (alliinase). Their task is to transform alliny (odorless compound) into such Allicin, which gives the characteristic lily fragrance (onion, garlic, leeks, chives). Sulphides neutralize free radicals, but also support glutathione peroxidase enzymes and catalase enzymes. It protects the body against cancer. Sulphur compounds inhibit growth of cancer cells, because they influence on an increased activity of immune cells; also on enzymes that  convert mutagenic substances so that thay can be effectively removed from the body. Moreover Sulphur compounds prevent from the accumulation of carcinogens in DNA. Ajoene, which is a product of two allicin molecules condensation, destroys tumor cells.

Coumaric acid - a chemical compound from the group of aromatic hydroxy acids, derivative of cinnamic acid. It reduces the morbidity rate of stomach cancer by inhibiting nitrosamine. It can be  found in many types of plants, i.e. peanuts, tomatoes, carrots and garlic.

Chlorogenic acid - it is an ester of chinic acid and coffe acid, a natural polyphenol, an antioxidant and an organic acid, that can be found in green leaves and fruits i.e. in  coffee tree, hawthorn, artichoke, nettle. Dried plums are an exceptionally rich source of chlorogenic acid.

Omega-3 fatty acids - polyunsaturated fat acids, also known as Vitamin F. They are supportive in fight with cancer by strengthening the immune system; moreover they inhibit growth of cancer cells and may reduce formation of metastases. Anti-tumour activity of omega-3 acids was diagnosed especially in relation to  breast cancer, colon and prostate. The most important omega-3 fat acid is alpha linolenic acid .  Products where it can be found are: marine fat fish, flaxseed, linseed oil cold pressed.

Glucosinolates - a group of organic compounds that belong to glycosides, composed of glucose and sulfur, which is the reason for their characteristic smell and spicy taste (horseradish, cabbage, radish). Scientific research proves that frequent consumption of glucosinolates may prevent from  development of several types of cancer: breast, prostate, lung and stomach cancer. Indols that belong to glucosinolates (in broccoli, cauliflower) influence on the estrogen management, so they can inhibit the development of breast cancer. Other glucosinolates are: thiocyanates, isothiocyanates and sulforaphane. Glucosinolates can be found in following products: broccoli, brussels sprouts, horseradish, kale, cauliflower, kohlrabi, cabbage, radish.

Carotenoids - plant pigments, coloured  from yellow to red. They protect the body from cancer development because of their  antioxidant properties, but also by improving connections between cells (mutagens have the ability to block these connections). The most important compounds from this group are: carotene, lutein, lycopene and zeaxanthin. Products that contain carotenoids are: broccoli, brussels sprouts, beets, pumpkin, beans, kale, cabbage, fennel, carrots, melons, apricots, paprika, parsley, tomatoes, lettuce, spinach.

Protease inhibitors - enzymes that inhibit the growth of plant proteins in the seeds, they help to regulate metabolism and to protect  plants from pests. They can be found  in all plants, in large quantities in legumes, soya, cereal and potatoes. They cause inappropriate use of protein, which stimulates anti-tumor activity. Cancer cells need large amounts of amino acids for their growth. Amino acids are a product of protein disintegration. If they aren?t there, it inhibits  growth of tumor cell, especially in the digestive system. It was confirmed in several experiments on animals as anti-tumor activity on the oral cavity, alimentary canal, stomach and large intestine. Other protease inhibitors prevent from cellular damage  caused by aggressive oxygen compounds. Products that contain inhibitors are: beans, peas, lentils, soybeans, cereals (wheat, oats, corn, rice), potatoes.

Terpenes - substances that are basic component of plant essential oils. Unfortunately these substances are volatile and disappear when heated. Research over terpenes - carvone (can be found  in caraway, dill) and limonene (in the essential oil of cardamom, cumin, coriander, lemon, orange) show their possible inhibitory action against tumor growth.

Saponins - a group of chemical compounds which belong to the glycoside. They reduce the speed of mucosa cell division and therefore they prevent from colon cancer leguminous plants are rich source of Saponin and they stimulate flatulence production. To minimize flatulence dry legume seeds before heat treatment should be soaked in cold water several times to wash away these substances that cause flatulence. Foods rich in saponins: beets, chickpeas, beans, peas, carrots, soybeans, asparagus, spinach.

Phytoestrogens - plant substances, which include isoflavones and lignans. The etching effect of these compounds are formed healing. Their important role in the human body comes down to blocking the female sex hormone - estrogen. This is possible thanks to the construction of phytoestrogens molecules that fit the estrogen receptor. This allows you to take the place of the female hormone, and that the effect of isoflavones and lignans is many times weaker than estrogen, in effect, limit the functioning of these hormones. This is essential in the prevention of hormone-dependent tumors (uterine, cervix, breast). In addition to blocking receptors, resulting from the isoflavones genistein (large amounts in soy) has the ability to suppress the formation of new blood vessels that nutrients flow into cancer cells. Lignans also exhibit properties that inactivate carcinogens and toxic influence on tumor cells. Foods rich in phytoestrogens: soy, whole grains, flaxseed, lentils, beans, chickpeas, sunflower seeds, garlic, carrots, broccoli, leeks, peas, pumpkin, asparagus, peach.

Dietary fiber - the indigestible plant substances by a fibrous structure and water binding inactivate harmful substances (bind them) and remove them from the body, thereby protecting against bowel cancer. Dietary fiber includes all plant products.

Vitamins - belonging to the antioxidants, vitamin A and therefore (also vegetable beta carotene), E, ??C, and D inhibit the oxidation process, thus contributing to the fight against cancer.

Cancer in industrialized countries are one of the main reasons of death. Cancer is a disease, which all of us are afraid of. It?s threatening...

The term "vitamin" was coined by Polish biochemist Casimir Funk and is derived from vital (necessary for life) and amine (a compound containing nitrogen and hydrogen). It was later discovered that not all vitamins are amines. Vitamins were discovered one at a time from 1900-1950. Many vitamins can't be synthesized by the body in adequate amounts and must be obtained from the diet.