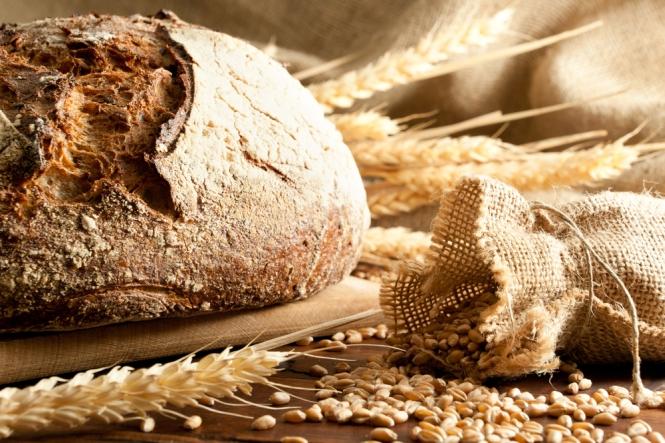 These are all substances found in foods that limit or preclude the use of nutrients or substances which have an adverse effect on the human body. These include compounds:

1) Occurring in the natural plant and animal produce.
2) Alien toxic compounds from foods present as a result of environmental pollution, agricultural treatments (such as pesticide residues), and as a result of technological processes.
3) Some of the substances intentionally added to food.

These are substances found in some foods (vegetable or animal origin) formed as a result of natural metabolic reactions, or more rarely as a result of food processing microbiological processes, we can include the following substances:

It is a glycoprotein present in raw egg whites. It causes destruction of vitamin H (biotin). You can easily get rid of her, bringing cooked eggs.

Passes from feed to milk cows, in some countries, e.g. UK, Finland, Australia, the occurrence of cases of goiter in children associated with the feeding of cows with rape and goitrin transition to the milk.

It occurs in rapeseed oil its content may range from 1% -50%. Results in animals have shown inhibition of growth and functional changes and histopathological myocardium under the influence of this compound. Currently available for sale canola oil is erucic free, or the content of the acid in oil is very low.

Phytic acid occurs in rye flours, wheat, rice milling of thick and nuts. In the body it binds calcium, magnesium, zinc and iron making them not absorbed.

Present in sorrel, spinach, rhubarb, roots, as well as cocoa, tea. In the intestine combines with calcium to form sparingly soluble molecule in the body of calcium oxalate crystals. Consuming foods rich in oxalic acid therefore inhibits absorption of calcium. Elevated concentrations of oxalic acid in the body increases the risk of kidney stones. His excessive consumption leads to a reduction in blood calcium levels, the consequence may be, for example the clotting disorder. Oxalic acid poisoning is manifested gastro - intestinal, neurological disorders and urinary tract can occur after eating sorrel grown in very acidic soils.

Goitergenic substance, progoitrin - occurs in rape and cabbage, the body converts it to goitrin, the system prevents the incorporation of iodine in the ring of tyrosine or thyronine and production of thyroxine and triiodothyronine - thyroid hormones.

It is produced by plankton and accumulates in shellfish (clams, oysters and other shellfish) is characterized by neurotoxic effects. Poisoning is manifested in about 30 minutes after ingestion, tingling tongue, impaired speech, muscle weakness headaches.

In plants which are animal feed (thuja, tobacco noble, the tares of the field, laurel, wolf bark, hemlock), as well as soybeans and other legumes, coffee and tea are toxic alkaloids - saponins, resins and essential ingredients, often do not they are harmful to animals but contaminating in the meat and milk may be dangerous to humans. Saponins cause hemolysis of red blood cells, inflammation of the ileum and are inhibitors of certain enzymes such as chymotrypsin. Thermal treatment partially inactivates these compounds.

Toxic glycoside, is found in unripe or rotten, the long-held potatoes or green tomatoes. Irritating to the gastrointestinal tract, may also occur with the disorder of the nervous system. Symptoms of poisoning, mainly nausea, vomiting, colic, diarrhea and in severe cases may occur restlessness, loss of circulation of breathing, dilated pupils, decreased reflexes, proteinuria.


These are all substances found in foods that limit or preclude the use of nutrients or substances which have an adverse effect on the...

The banana tree is not a true fruit at all but a giant herb and the banana is actually its berry. A banana plant produces only one bunch or ?hand? in its life, but that bunch may have between 100 to 400 bananas. Despite its phallic shape, the banana is sterile and no fertilization takes place in the banana flowers. A banana plant grows when one of its shoots is planted.

Diet in hepatits A

Diet in hepatitis A guidelines:    Diet recommended for convalescents after viral hepatitis should be used for an average time of 6 weeks. After this period, if the results of biochemical tests are normal, your doctor may allow a return to a normal diet. Hepatitis A - induced through the intestinal - may proceed with or without jaundice. Disease... READ MORE