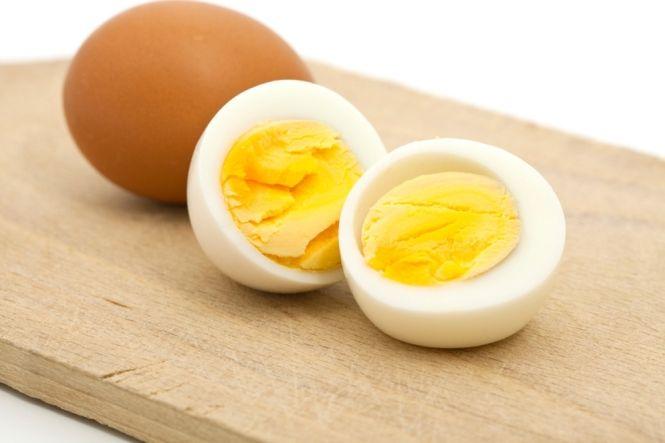 Since ages, eggs were considered as healthy and nutritious, until in the seventies when the war has been spoken to cholesterol, which occurs in considerable concentration in the yolk.

Today, the egg is back into favor because its nutritional value is unrivaled. No scientific studies have confirmed a direct link between eating eggs and cholesterol. Its content in human blood depends on many factors - genes, age, gender, weight, body shape and physical activity, as well as diseases such as diabetes. We must also remember that our body can produce cholesterol. But the most important thing is that the current in the egg lecithin and polyunsaturated omega-3 fatty acids helps to get rid of cholesterol and lower blood triglyceride levels. WHO (World Health Organization) allows eating 10 eggs a week, including those that are used to burgers, cakes, pasta. The rule is : the more you eat vegetables, fruits, and fewer foods rich in animal fats, the more eggs we can afford.

In case of amino acids composition, that is composition of protein, eggs are the most perfect product of animal origin. To the extent that they serve as a reference point when examining the value of other proteins. Egg as the only food contains all essential amino acids, those which the human body does not produce, and which are necessary and therefore must be obtained from food. Two eggs weighing 58 g, overlap 35% of adult's daily requirement for these amino acids.

This is a component of the yolk. They call it the " fat killer ", mainly due to the emulsifying properties. Breaks down ingested fats and cholesterol into small particles, preventing their attachment to the vessel walls, thereby reducing the deposition of atherosclerotic plaque. Approximately 50% of lecithin are polyunsaturated fatty acids, mainly linoleic acid, which is a precursor of so called prostaglandins, hormone-like substances regulating blood pressure and acting anti-inflammatory and anticoagulant. Lecithin is good for the liver, dissolve cholesterol in bile and prevents the formation of gallstones. Also participates in the inhibition of oxidation reactions and improves the functioning of the nervous system. Makes it easier to learn and have dominion over the stress.

An egg contains important to the health xanthophyll and lutein (pigments in the yolk). Xanthophyll prevents the deposits on artery walls. Lutein in the human body accumulates mainly in the macula of the eye and the lens. Acts as a filter against harmful UVA and UVB rays. There is also a potent scavenger of free radicals, thus preventing damage to delicate capillaries and retinal photoreceptors.

On the list of food allergens in children eggs are on the second place right after cow's milk proteins. Therefore, children prone to allergies or from families in which there is an allergy should not eat the eggs before they are 12 months old. But you should know that cooking hard boiled eggs usually deprives them of sensitizing properties.

We can keep eggs refrigerated up to 3 weeks, remembering that they have the ability to absorb foreign odors. Low temperature slows down the aging process of eggs, but does not eliminate it. Gradual breakdown of protein and vitamins, fat rancidity occurs. This process is somewhat inhibited by the natural protective layer covering the shell. Therefore, do not wash eggs before putting them in the fridge. But if you want to cook them, it must be thoroughly washed first, and then blanched in boiling water.

Few days eggs protein does not spill, is adjacent to the yolk, transparent. While the yolk is round, smooth, without spots. Freshness can also be checked using the "water test". Very fresh eggs, inserted into a vessel of water, will lie horizontally on the bottom, and the old, not fit to eat, float to the surface. Eggs bit floating is not the first freshness, but still fit to eat. Assessment of the freshness of the eggs can also be done with ovoscope. Enlarged air chamber indicates that the protein partially dried up, so it was long held.

Raw egg yolk is digested in the same way as boiled, but the protein should not be eaten raw. First, because of the sensitizing properties, and second - the presence of avidin, which blocks the absorption of vitamin H (biotin). Unlike other products, you can fry eggs in butter, because its protein cuts already at 60 ° C, that is, until the butter begins to burn and begin to produce a toxic acrolein. But the best absorbed are soft-cooked eggs, up to 4 minutes. Cooking too long (over 10 min) causes a loss of vitamins and nutritional value of protein reduction by up to 40%. In addition, leads to the reaction of sulfur with iron - then a greenish rim is formed around the yolk.

Straight from the hens

The nutritional value of eggs and flavor depend on the diet of hens, it is usually the most delicious eggs from a farm where the poultry is free to peck at the grass and herbs, provided that the best of the feed growths away from the highway and other sources of pollution. Nutritional value of eggs of course also depend on the season. Just because only in spring and summer is the fresh grass and lots of sun. It is then that egg yolks are the richest in vitamins A and D. This is evidenced by their orange color (although it may also be the result of the hens are fed a special mixture, but the trained eye distinguish the artificial from the natural color). Paler egg yolks are certainly poorer in vitamins. Shell color does not indicate in any way the taste or nutritional value of eggs and mainly depends on the breed of poultry.

Since ages, eggs were considered as healthy and nutritious, until in the seventies when the war has been spoken to cholesterol, which...

Tomatoes are rich in lycopene, flavonoids and other phytochemicals with anticarcinogenic properties. Tomatoes are an excellent source of vitamin C vitamin A and B-complex vitamins, potassium and phosphorus.