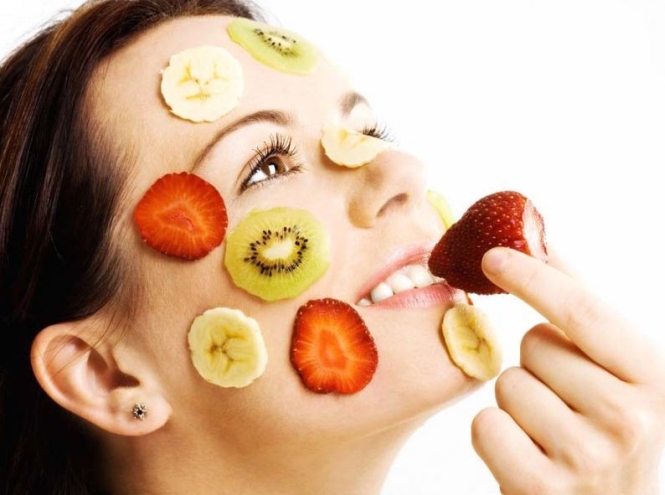 As free radicals we describe unpaired electrons of oxygen, which are formed in the body by metabolism. Their presence is related to defense mechanisms, but they definitely harm in excess. Free radicals are endowed with a negative charge and strive for a connection with the positive molecule, and the course of this reaction involving molecules we call oxidation. The effect of such action might be damaged DNA and cell membranes. It is now believed that it could be the start of various diseases, and also affect the process of aging. Cancer begins in cells with damaged genetic apparatus. For such damage, which leads to cell mutations free radicals are blamed. Many factors that increase the amount of radicals creates conditions for the development of various diseases, including cancer.

The source of free radicals

Effects on the body

Currently it is believed that the adverse effects of oxygen free radicals on the body consists, among others:

- reaching out to the nucleus of cell and causing mutations in the genetic material of cells that could be the start of tumor growth,
- increasing levels of "bad" LDL cholesterol, which accelerates the development of atherosclerosis,
- damage of sperm, which increases the risk of infertility or offspring birth defects,
- promotes the creation of eye changes, such as cataracts and macular degeneration,
may result in damage of nerve tissue,
- reduces the efficiency of the immune system,
- probably is associated with the processes of aging.

Organism is able to defend against free radicals to a certain extent, causing them to capture and neutralize. Substances acting in this way are called "scavengers" and include various enzymes present in the blood and nutrients. Such antioxidant defenders are:

- Anthocyanins - red, blue or purple plant pigments, which stain the flowers, fruits, leaves and often stalks. They protect from harmful UV rays, so their content in the plant is proportional to its exposure to the sun. Particularly rich in anthocyanin compounds are the fruits of elderberry, bilberry, chokeberry, blackthorn, black currant, cranberry, lingonberry, red grape varieties, black mallow flowers, cornflower and hibiscus.

- Flavonoids - dye-similar substances of a vegetable, usually yellow, besides the antioxidant effect they additionally exhibit a variety of pharmacological effects: among other seal the blood vessels and inhibit the formation of blood clots. As in the case of anthocyanins, their concentration depends on the intensity of sunlight in the plant, because they are compounds that protect plants against UV rays. Raw materials especially rich in flavonoids are Japanese tree buds - Sophora japonica, buckwheat herb, ginkgo biloba leaves, inflorescence of hawthorn, birch leaf, elder flower and green vegetables.

- Carotenoids - a vegetable dyes which stain flowers and fruits of yellow and orange. Many studies show that eating foods rich in carotenoids and antioxidant vitamins reduces the risk of heart disease and cancer formation. The most famous and active pharmacological compounds are: beta-carotene, lycopene, lutein and zeaxanthin. In many studies special significance of lycopene has been found in the prevention of heart disease and cancer - in areas where people often eat a tomatoes, there are fewer cases of prostate cancer and cervical cancer, various gastrointestinal cancers and heart disease. Correlation was found between the concentration of lycopene in the serum and the incidence of breast cancer. Low levels of lycopene in the blood serum is also related to the increase in mortality from heart disease and strokes.

- Catechins and tannins ? these are compounds with antioxidant properties. Are included among others in the leaves of tea plant - Camellia sinensis. In Japan, the research was conducted on 8.5 thousand of people in middle age and found that the more cups of green tea the subjects drank during the day, the better they felt and have proper blood cholesterol levels.

- Vitamin E - is called the vitamin of youth, not only has antioxidant properties, but also regulates the level of free radicals. The exact natural level of free radicals in our body is necessary for normal tissue regeneration and protection against infections. Vitamin E belongs to a group of fat soluble vitamins and is found primarily in vegetable oils.

- Selenium - is one of the necessary catalysts of our own antioxidant mechanisms. It occurs mainly in cereals, rice and meat. Selenium deficiency favors the development of atherosclerosis, which is confirmed by epidemiological studies. Selenium also protects against poisoning of certain metals, because it forms soluble, less toxic compounds of cadmium, silver, thallium and lead.

- Vitamin C - found in most plants, particularly large amounts of fruits include wild rose, chokeberry and black currant. It is worth noting that the natural form of vitamin C in combination with flavonoids, abundant in plants, has a very high biological activity and high stability, in contrast to its synthetic analogue.

Where to find antioxidants in food ?

Most definitely find them in vegetables and fruits. Especially in fresh or frozen products, not canned or cooked for too long. Generally better are fruit and vegetables more saturated with orange and green color.

Beneficial effect have legumes such as beans, lentils, soya beans and peas, because thanks to contained in them protease, inhibits tumor growth.

Cruciferous vegetables, especially broccoli and Brussels sprouts, protects against hormone dependent cancer of breast or uterus, because of the nitrogen compounds called indoles, which accelerate the excretion of estrogen from the body responsible for the growth of these tumors.

What else helps to fight against free radicals

In addition to proper diet we need to take care of relaxation and fight with the stress of everyday life. A good way to relax (but this active) and combat stress is physical activity. Keep in mind though, that this effort must be rather intense recreational sport because free during that radical production intensifies (this is associated with an increased demand for oxygen). Therefore, it should be primarily a systematic practice, with no sudden surges of intense sport that exceed our level of fitness. A good solution is the use of moderately intense cardio efforts, such as, for example, a 30 minute walk or a trot interspersed with swimming, pilates or cycling. Such a sport performed at least three times a week for many of us is one of the best forms of stress management, and so one of the reasons for the production of free radicals. This in turn reduces the amount of hormones because of stress on the so-called hormone of happiness endorphins. It is also an excellent and easy way to burn calories and excess fat. From a biological point of view, the systematic, but moderately intense physical activity leads to the production of more mitochondria in the body, which improves the energy production processes, thus reducing the production of free radicals. Research of scientists confirm that regular physical activity combined with a proper diet helps to remove free radicals. Take care, therefore, to be healthier and less prone to aging processes.


As free radicals we describe unpaired electrons of oxygen, which are formed in the body by metabolism. Their presence is related to defense...