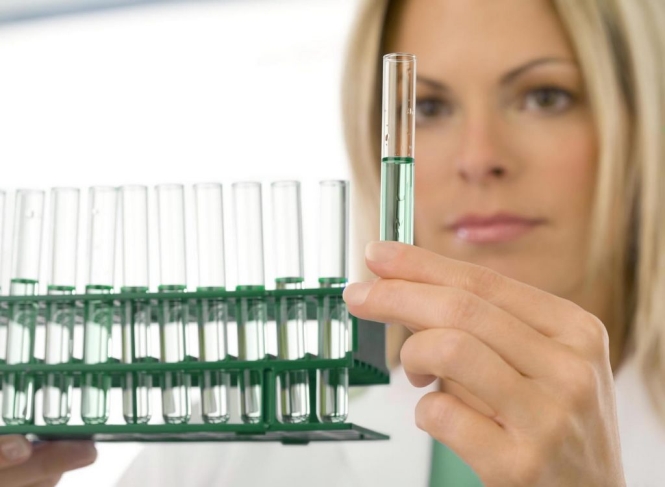 How important it is to eat foods can be proved by the fact that the intestines as the only organ beside the brain are equipped with neuronal cells that independently manage the processes of absorption of nutrients. A hormone called insulin, produced by the pancreas - is designed to remove excess sugar from the blood, but also regulate the operating mode of almost all cells - metabolism and regeneration or reproduction (formation of new cells). If insulin level is high cells can not repair the current damage, but trying to generate new cells - which may cause cancer. If, however, its level is low, the cells regenerate and produce internal antioxidants to protect them from additional damage. Prolonged high levels of insulin lead to insulin resistance and thus reduce the sensitivity to insulin, which may result in e.g. development of type II diabetes.

The second of hormones governing body's energy resources is leptin, produced by adipose tissue. In short - the more body fat, the more leptin is produced, which inform the brain about the amount of reserve energy. If there?s a lot of leptin, it means that the brain needs to switch off feelings of hunger and burn fat. Unfortunately, an excess of leptin leads to the formation of resistance, similar to those of insulin. Therefore, many people continue to be overweight because their body does not "hear" signals, which give a green light to the exclusion of hunger. But that's not all, leptin also manages our reproduction process, affecting the brain in this respect. This has its origins in evolution, most of the time of existence of our species on Earth, humanity has had to cope with periodic famine. There were no stores or shops in almost every corner. Nature conceived this in a way that having children with low energy reserves does not make sense, therefore body must, in this period focus on its own survival and reproduction leave to a more favorable time. As proof of this thesis can be presented that very thin women, for example, participating in marathons periodically stop ovulating. The first medical application of this hormone, is the restoration of ovulation in thin women and enable them to become pregnant.

By analyzing all the data, we can say that nature does not really care about us after the completion of the overarching objective - continue of the species. That is why we age and die to make room for the new generation. Through processes of evolution theory, we?re better adapted to life in the current conditions on Earth. How can we use this knowledge? Scientists know for many years that one of the reliable methods of prolonging life is to reduce calories in the diet, while maintaining all the necessary nutrients. Our body is able to live a lot longer than it so far. For example, the kidneys can operate for about 1,200 years. However nowadays, other organs are too burdened to enable us to jump even the magic barrier of 120 years. During the whole life, human processes an average 70 tons of food. This is a huge burden of energy, taking us also the valuable nutrients. The more empty calories or a little food value, the shorter our lives. But there is something that until recently was the missing piece of the puzzle. Keeping for all the time cells in metabolism and regeneration mode, rather than creating the new one - we are extending our live, as well as by the internal production of antioxidants. The body keeps us alive as long as possible to maximize the probability of successful reproduction, during favorable energy conditions. Remember that from a relatively short time period we do not have any problem with getting food ? we are just buying it. Previously, people had to toil really hard. Thus, this type of evolutionary conditioning. Dependence of insulin and leptin stems from the fact that adipose tissue is formed under the influence of high insulin level. The body with the excess energy from glucose, decides to keep it in the form of fat. Long-term consumption of high glycemic foods (with a high GI - glycemic index), causes frequent pangs of insulin, and adipose tissue formation. As a result, the brain ceases to receive leptin signals due to its excess, and does not choose to turn off hunger. The brain in the absence of burning fat and blood sugar spikes, produces the desire for food, since glycogen stores are depleting quickly. At the same time, it has got no data concerning energy reserves. Modern man, therefore, fell a victim to his own invention - refined carbohydrates: sugar and white flour. Nature did not design any food, that in a similar way increases glucose level in blood. Even very rich in carbohydrates cereals, in its natural form found together with fiber, which delays the release of sugar into the blood. Also, sweet fruit, composed largely of fructose, which has a glycemic index value of 20, which is low. Maintaining a high level of insulin for years in addition to being overweight causes diabetes, cardiovascular disease and cancer and following this article, the acceleration of aging and death. Knowing how the insulin and leptin works, you can not only much easier control your weight and body fat levels, but also avoid lifestyle diseases and significantly extend your life.


How important it is to eat foods can be proved by the fact that the intestines as the only organ beside the brain are equipped with neuronal cells...

Bovine Spongiform Encephalopathy (BSE) known also as Mad Cow Disease can't be killed in meat by cooking. The interval between the virus getting into the body and the final illness is about 1-2 years in small animals to an estimated five to 30 years in humans.

Gluten-free diet guidelines:    Gluten protein that causes celiac disease is a gliadin - (a component of gluten) contained in oats, barley, rye and wheat. Patients must exclude from your diet foods containing gluten and replace them with rice, corn or soybeans. Products allowed in gluten-free diet: - Powder and liquid milk - Cheese,... READ MORE