The history of nutrition science 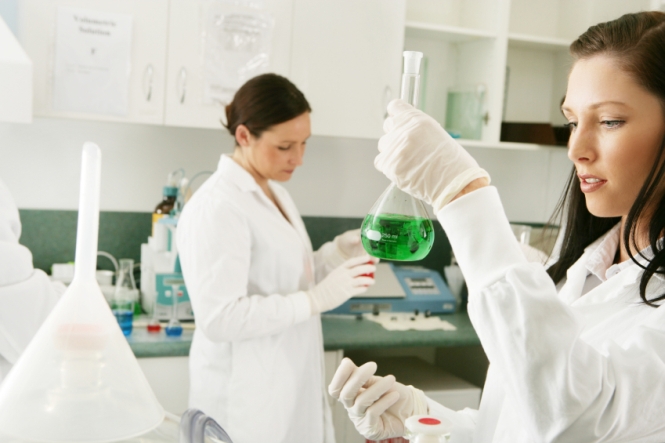 Nutrition is one of the basic conditions of life, development, health and fitness, as well as a source of satisfaction of social needs and hedonistic. Therefore, the acquisition of food, its production and consumption have always been most important occupation, and the task of humanity, and any failure in this regard have serious effects on the biological and social situation. Human life is contingent, in general, the internal and external factors, and among the second food and way of eating was the most variable throughout the history. Human nutrition is a phenomenon as old as the history of Homo sapiens. For many centuries (about 70 thousand of generations) changes and progress in this area were very small, and about the diet first of all "natural" (primary) environment in which man lived decided. It also shaped the food display, initially based on instinct, and the first experiences and habits gradually formed, in which the major role played by the formation of beliefs and religions. Religions to a large extent also contributed to the development of knowledge and reinforce dietary advice, and even now they are in many communities a significant impact on the selection of food and nutrition (posts, prohibitions, and the symbolic foods eaten on the occasion of festivals and celebrations).

AD... Read more ▼
A turning point in human history was the application for the first time about 400,000 years ago, a fire to prepare food and the initiation of  agriculture, food processing and storage 9 000 years ago. The foundations of knowledge about nutrition extend far into the past, to the beginnings of medicine and nutrition.

Thanks to Ebers papyrus, we know that already in the fifteenth century BC The Egyptians distinguished some particularly valuable food and medicinal, recognizing the link between overeating and indigestion, and the occurrence of diseases.

In ancient Greece, on matters of nutrition and diet therapy, among others, spoke Asclepiades, Aristotle, Empedocles and Pythagoras, and above all, the "father of medicine" Hippocrates (460-359 BC), considered as the author of many legitimate even today tips and ideas for example, that a healthy diet can be effective in conjunction with a normal lifestyle and obese people tend to die earlier than slender people.

During this period, the dominating opinion was that, in all foods that satisfy hunger, one and the same nutrient, essential for the human body occurs in varying amounts. This substance, living in Rome, Celsius (57-7 BC) called the "matter" and according to it he evaluated and classified all foods. Galen (130-200 AD) considered the philosophical theory of the four elements (fire, air, earth, water), sharing food products to inhibit or stimulate the formation of body fluids.

Their knowledge of nutrition and dietetics survived largely unchanged for several centuries, though - having no basis in anatomy and physiology - included many unfair views. This knowledge preserved in books, in addition to it there were collected by trial and error information about the medicinal properties and usefulness of the culinary variety of foods. The most famous of such books are: Avicenna Canon of Medicine (XI century), the twelfth-century work of the famous verse in the Middle Ages Medical School of Salerno Fri Regimen Sanitatis and published in the sixteenth century Dietary of Health A. Boord and dated to the fifteenth century the first cookbook De honesta voluptate, which was written by the Vatican librarian Platina Baptisto.

At this point Paracelsus (1492-1541) should also be mentioned, an eminent scholar in the field of medicine, who is considered as the precursor of toxicology. He formulated the concept of poison, and his statement: "All things are poison, only the dose determines whether something is toxic" is current today.

Huge, almost revolutionary changes in the state of knowledge related to nutrition, occurred during the late eighteenth and early nineteenth century, which coincided with a period of many discoveries and transformations in science and technology, having great influence on the production and use of food and the quality and method of human nutrition.

Historically the second half of the eighteenth century, and more specifically 1777 - when the A.L. Lavoisier, refuting the theory of phlogiston, has announced its work on the theory of combustion of nutrients in a living organism - the scientific basis of nutrition in fact did not exist. Only through research Lavoisier was able to determine that food is burned after eating, and while breathing will be delivered the appropriate amount needed for this purpose and expelled oxygen produced during combustion of carbon. At the same time as a result of this process heat is produced, in the amount that Lavoisier, together with Laplace measured in a specially designed calorimeter. Started in this way, research has been and is now one of the basic elements of food science, that is calorimetry. The enormous significance of this work is the fact that until the early twentieth century, major, and in fact the only measure of the nutritional value of food was his energy. With the help of calories also human nutritional requirements are expressed.

Initiated in the 30?s of the last century the development of human and animal physiology, chemistry and later biochemistry, decisively influenced the formulation of nutritional science base. Following the pioneering work of many scholars, including Magendi and Liebig building, structure, physico-chemical, biological functions and methods for the determination of the major components of food were specified (we know them now about 60). Thanks to this research underlying physiology of nutrition was developed (Bernard, Pavlov) as well as work on energy metabolism issues.

In the course of further development of the science of human nutrition in the late nineteenth century and the beginning of twentieth protein were discovered, essential to the life as the building blocks of all living organisms, we also understood the nature and biological role of amino acids, many minerals and vitamins. It was also found that the fat contained in foods differ not only in calorific value, but also the construction and operation of the body, the importance of biological carbohydrates was also explained. With a wide galaxy of scholars who have brought their knowledge to the understanding of these issues, should be mentioned such names as: Voit, Pettenkofer, Rubner, Atwater, Lusk (he was the author of the pioneering science of nutrition books published in 1906), McCollum, Lunin, Eijkman, Hopkins, Funk, Goldberger, and Szent-Gyorgyi. In their studies, they used often very complicated and advanced analytical techniques, including labeled elements, metabolic blocks the and fistula placed in different sections of the gastrointestinal tract.

The results of this study were excellent, because a great variety of changes of individual components in the human body was discovered, their availability and the path of the deployment, metabolism and excretion. It has been shown that many developmental disorders and diseases of old age is the result of faulty, bad and single feeding. Association with excessive consumption of food of some diet-related diseases was found (e.g. obesity, hypertension, cardiovascular diseases, cancer, dental caries). It allowed for the development of recommended standards of nutrition and food, which first appeared in the 30s this century in England, the USA and Canada.

Thanks to the achievements of nutritional science (or will happen in the near future) in all more developed countries such previously widespread diseases, such as pellagra, rickets, beri-beri, rot and disturbances in the growth of infants and children (such as kwashiorkor, marasmus) and certain types of goiter and anemia were eradicated. All of them were a result of nutritional deficiencies that can be prevented through well nutrition.

Finding a close relationship between nutrition and development, human health and physical fitness led to a sharp rise of the science of nutrition. The definition of this doctrine is as follows: Human Nutrition as a scientific discipline deals with the interrelationship between food and the human body at the molecular, cellular, tissue, whole organism and population level (Berger 1988).

In recent years there is a dynamic development of research on the interaction of nutrients, their interactions with xenobiotics and drugs and the impact of these interactions on mental and physical development of man. More attention is also paid to the role of the genetic code ,its importance for development, nutritional status, human health and the various determinants of human behavior as a consumer of food (consumer behavior), which is especially important in a free market economy. All this poses new and interesting lines of research, which is a challenge for further development of the science of nutrition, which may in the future will take the name of (eco) trophology or nutritiology. These terms are introduced today to the programs of higher education and research in e.g Germany, Russia and some Latin American countries.


Nutrition is one of the basic conditions of life, development, health and fitness, as well as a source of satisfaction of social needs and...