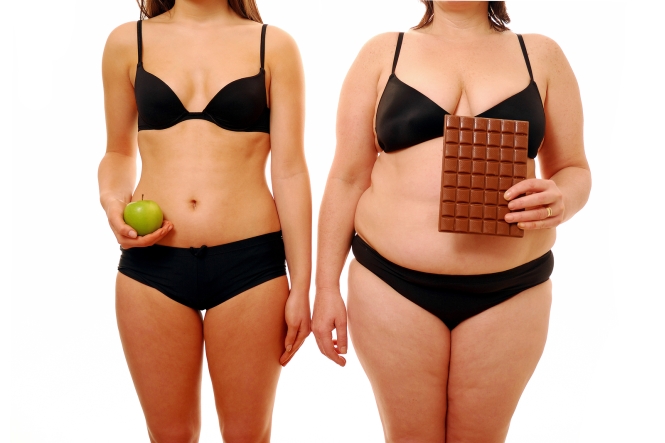 The glycemic index (GI) is a list of products sorted by the level of glucose in blood after their consumption. It is calculated by dividing the level of glucose in blood (received after leading a food test with 50 grams of carbohydrates) by the level of glucose obtained after consumption of the product. For example, the glycemic index of 70 means that after eating 50 grams of the product, glucose levels will increase up to 70 percent, just as after eating 50 grams of pure glucose. The glycemic index of food can't be established on the basis of its composition or index that belong to its carbohydrates composition. In order to calculate it,  you have to indicate particular product to a particular person. The product is given to a group of people and then every 15 minutes during two hours, their blood is taken and tested for sugar level.

AD... Read more ▼
It gives an average value of the GI. It was found that the average value is repeatable, and research in different groups of volunteers gives similar results. The results obtained in groups of people with diabetes are comparable with those obtained from healthy people. The higher GI of the product is, the higher the level of sugar in blood is after eating this product. Eating carbohydrate with high GI leads to a rapid increase of sugar level in blood that cause a large burst of insulin. Level of Sugar decreases fast and similarly to a pendulum which swang too far to the one side and it has to go the opposite - the level of sugar doesn't  decline to the starting point  but even lower, to the state called hypoglycemia which poorly tolerated by body. Apart from different unpleasant sensations - hunger is a sign of hypoglycemia.The desire to satisfy this need is a reason for  uncontrollable snacking. Products with high GI are conductive to grow fat in two ways: they cause hunger, which leads to more frequent eating and they act anabolic by causing large increase of insulin level. Insulin regulates level of sugar in blood but also activates the process of assimilation, storage, known as anabolism, which in practice leads to  put on  weight . Insulin activates neo lipogenesis processes - fat formation - mainly from carbohydrates that are supplied. Also in this form they are  storaged. Moreover insulin facilitates the deposition of fat circulating in the blood to fat cells. It is  so called anabolic hormone. High levels of insulin is conductive to putting on weight . This high level is associated with the consumption of some group of  carbohydrates, which  increase  the temporary level of glucose in the blood serum rapidly and significantly;  in other words, they have so called high glycemic index (higher than or equal to 70). However eating product  with low glycemic index causes slow and relatively small increase of sugar in blood and therefore  - a small burst of insulin. Such products aren't supporter of putting on weight . It's good to know that the processing of food products (heat treatment, time of heat treatment) increases their glycemic index.

The glycemic index is not the only factor that determines how much food can raise  level of sugar in blood. When we  eat similar portions of two products with the same GI then glucose concentration in blood  will grow less after  eating food that contains less carbohydrates.  It sometimes happens that a typical  size of one of  two products with similar GI is smaller and after its consumption sugar concentration in  blood is lower. That's why, according to the concept of glycemic index  they introduced idea of glycemic load (GL).

The glycemic load (GL) is a way to evaluate the carbohydrate content in  food. It is based on two variable values: the glycemic index (GI) and the size of standard portion . Glycemic load is a relatively new way to estimate the influence of carbohydrates, which  takes into  account the IG, but gives better view than single GI. GI value shown only  how fast specific carbohydrate will change into sugar. However It doesn't indicate how much of this  carbohydrate can be found  in a portion of a particular product. Therefore it's necessary to know both the IG and GL, in order to understand the influence of food on level of sugar  in blood.


Products with high GL may almost always have a high GI, products with medium or low GL can have from low to high GI.

Watermelon has  high GI (72 - established on the basis of eating a whole watermelon), whereas the average portion of watermelon weighs 120 grams and contains 4 grams of carbohydrates, so its GL is only 4, which is a low value. It means that watermelon has a high GI but low GL, so eating one portion  won't have significant effect on level of sugar in  blood  and other consequences. Supposing the same - 120 gram portion of bananas with  low GI (52)  contains 24 grams of carbohydrates. Its GL is 12, which is three times more than in watermelon, despite a lower GI. Such  GL average level will influence on results of on  level of sugar in blood.

Glycemic index and glycemic load of food products consumed in their natural form is significantly lower than in food that is cooked or processed  in other ways. Wholemeal cereals and bread from wholemeal flour contain a lot of fiber, vitamins and elements that have the ability to reduce high  level of glucose in blood. If we want glycemic index and glycemic load to be not so high we have to take into account the following aspects:

- dietary fiber delays carbohydrate metabolism by partial  blocking the glucose access to blood .Moreover It may  increase receptors that are sensitive to insulin in muscle, so that glucose can enter the cell much easier. If  receptors are less sensitive, the pancreas increases secretion of insulin to balance the  supply of glucose  into muscle cells,
- form of a product - whether it is ground or  processed in other way ; if there are whole grains or fiber,
- degree of preparation or being cooked - which allows you to check the starch content,
- presence of fructose and lactose (both have  low glycemic index),
- time of food consumption, which influence on the glucose secretion  into blood - the faster you eat, the faster it works,
- products rich in fat with low glycemic index may be classified wrong, because fat and protein delays emptying the stomach , and therefore  the pace of digestion in the small intestine. As a result their glycemic index may be relatively lower than in products that contain less fat.

Tomatoes are rich in lycopene, flavonoids and other phytochemicals with anticarcinogenic properties. Tomatoes are an excellent source of vitamin C vitamin A and B-complex vitamins, potassium and phosphorus.