HOME » DIETS & WEIGHT LOSS » Diets from around the world 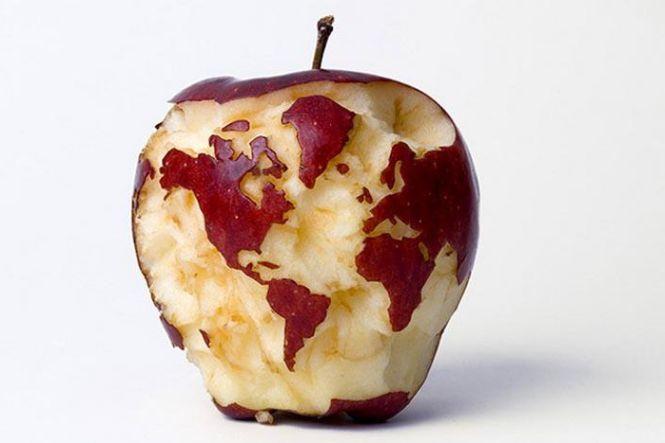 The geographical situation of Greece, Italy, Spain and southern France in the Mediterranean, in a warm and humid climate, greatly influenced the eating habits of the inhabitants of these countries and that scientific studies have shown - with good effect on their health. There appears to be at least in cases of coronary artery disease and heart attacks. Life expectancy is the longest in this area. Nevertheless, the Mediterranean diet is not really low in fat, in fact, people in these countries eat a lot more fatty foods than other Europeans. However, there is great difference in type of dietary fats - in the diet of over 3/4 the calories supplied by lipids derived from oil containing monounsaturated fatty acids.

AD... Read more ▼
Animal fat is, very few, apart from favorable to the health of fish fat, which provides omega-3 fatty acids. Scientists believe that the consumption of unsaturated fats as the main component of the diet, is the factor that reduces the risk of dying from various diseases. Do not be surprised that the oil is sometimes called the ?elixir of youth?. Olive oil is the primary source of fat in the Mediterranean diet. It contains monounsaturated fatty acids which have antiatherogenic effects, it also provides an important antioxidant, namely vitamin E. Recently it was proved, that olive oil also contains many other compounds with antioxidant capacity. A unique place in the Mediterranean diet belongs to fish of the sea and seafood. These products are also very rich source of unsaturated fatty acids and proteins, such as 100 gram fillet meets half of the body's daily requirement for this component. It is also better absorbed than the protein from beef, pork or lamb. The fish also contain much of calcium and phosphorus needed to keep bones in good condition. Particularly valuable is the iodine ? without that a thyroid gland could not function. It should be known that only marine fish species contain iodine. On the other hand, seafood - oysters, crabs, clams, shrimp - are a rich source of zinc, improving the operation of the entire nervous system. Mediterranean diet is based on large quantities of cooked and raw vegetables and fruits, in addition to whole grain breads, cereals and pastas. There is a lot of dishes with whole grains, nuts and vegetables, legumes, which are an excellent source fiber which protects against colon cancer. Relatively little is it the meat, especially red (up to 3-4 meals a week), while increasing consumption of fish, mainly marine and poultry. In addition, dishes are often spiced with plenty of garlic and onions, well-known for its antimicrobial properties, and lower blood pressure properties. There as a few of salt used, but a lot of spices, including basil, rosemary, oregano, thyme, sage, caraway, of which many contain powerful antioxidants that protect against atherosclerosis. In the Mediterranean diet average number of dairy products is consumed, mainly in the form of lean cottage cheese and yoghurt. It also allows drinking moderate amounts of wine. At the same time, researchers have long shown that red wine with specific antithrombotic and antiatherogenic is most preferred. In addition, drink plenty of water, preferably still. Mediterranean diet helps maintain normal weight, it is not hard to digest, because the meat are in limited quantities, and thickening of soups and sauces with cream or flour is absent. Dishes are prepared in water and steamed, baked in foil, roasted and grilled. Cooking at high temperatures should be avoided, and the same oil should never be reused. Vegetables are eaten as a cooked and what is even more beneficial to health - raw. Salads are given as a supplement, but often as a separate dish. You often hear opinions that the Mediterranean diet, due to the high content of carbohydrates (e.g. pasta) does not allow to lose weight. It is not true. Pasta with vegetables, and even lean fish or poultry does not fatten. It becomes dangerous only in the company of greasy sauce. Used in the Mediterranean diet model is considered the healthiest among the natural diets. Many studies have shown that diet has significant effects on reducing the risk of disease, which arises on the background of defective nutrition. Mediterranean diet used in the appropriate proportions, provides sufficient amounts of energy, protein, fat, all the vitamins and minerals and fiber, though some nutritionists point out that its products make up a small amount of much-needed body of folic acid and zinc. Gradual introduction of the diet in the family, from an early age, may be important elements of disease prevention, emerging against faulty nutrition, including in particular coronary heart disease and cancer. Adults may use the Mediterranean diet for life. It provides more plant protein than animal, which is altogether favorable. There?s plenty of the fruit and vegetables, so that provides the required amount of vitamins and minerals. Meal preparation does not require any special treatment. This diet is very beneficial to our health, so it is worth it as the perfect complement to promote physical activity. To get rid of excess weight, the daily menu should provide (in 5 meals) not more than 40 g fat and 1200 kcal.

mediterranean dietdiets from around the world

The high levels of caffeine in energy drinks can lead to strong caffeine addictions if consumed daily. Regular consumption of energy drinks has also been linked to weight gain, heart palpitations, depression, irritability, headaches and insomnia.

South Beach diet guidelines:    This diet was created by cardiologist Arthur Agatson to help patients who are overweight, reducing the risk of developing diabetes, heart attack and stroke while losing weight. Diet also known as the southern beaches consist of replacing saturated fats, bad for your heart healthy with polyunsaturated fats such as... READ MORE