Interactions between food and medications 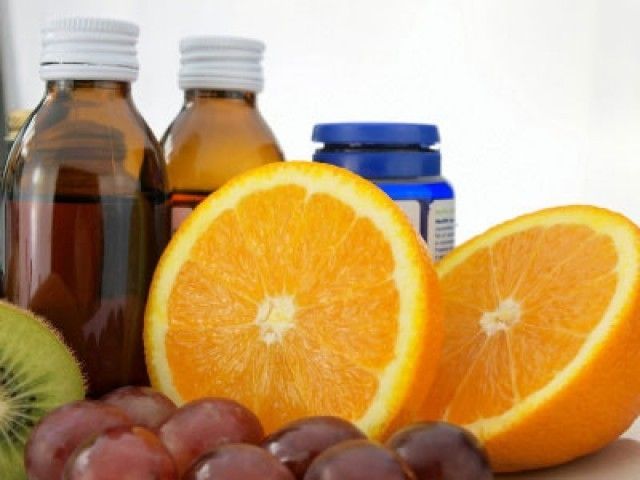 Consumed food during the treatment can significantly affect the absorption of medications from the gastrointestinal tract. This depends mainly on the amount of contained carbohydrates and fats. Foods rich in fats, such as butter, lard, bacon, eggs, full fat dairy products contribute to increased of fat-soluble drug absorption, which may expose the patient's symptoms of overdose.

To drugs soluble in fats include: psychotropic drugs, the so-called beta-adrenolytics used in heart diseases and hypertension, some antiparasitic and antifungal drugs, and theophylline used to treat asthma. Particularly dangerous complications relate with beta-adrenolytics, theophylline and psychotropic drugs. For the first-mentioned group may fail to significant heart rate release, blood pressure, the emergence of life-threatening cardiac arrhythmias and in those patients with worsening heart failure. Increasing the concentration of theophylline is manifested by a significant acceleration of action and cardiac arrhythmias, reduction in blood pressure with associated headaches. While psychotropic drugs consumed with a meal rich in fat may cause an impairment of consciousness, hypotension, and even trigger seizures. Foods rich in carbohydrates, in most cases inhibit and reduce the absorption of drugs from the gastrointestinal tract can manifest itself as a lack of therapeutic effect.

Tyramine is a naturally occurring amine that is formed from the decomposition of long-stored proteins or fermenting foods such as salted fish, smoked and pickled, beans, cheese ripening (cheddar), soy sauce, yeast, salami, beef liver and chicken, meat concentrates, wine (Vermouth, Chianti), chocolate, avocados, ripe bananas, figs. In the metabolism of tyramine oxidase enzyme is involved. Medicines that inhibit this enzyme, thus inhibiting the metabolism of tyramine, raising its level in the blood. Tyramine stimulates the release of norepinephrine from nerve endings. The excess can lead to a rapid increase in blood pressure, palpitations, headache, nausea, vomiting.

Consuming foods rich in fiber helps improve gastrointestinal motility and has the capacity to absorb on its surface a number of chemicals harmful to the body and certain medications. This applies mainly two groups of medicines - digitalis preparations for use in heart failure (resulting in worsening heart failure) and antidepressants (inhibition of the drug and the deepening depression).

Foods rich in flavonoids and furanocoumarines

In the juices and especially in grapefruit juice are compounds called flavonoids (kaempferol, naringenine and quercetin) and furanocoumarines whose metabolism is taking place with the participation of liver enzymes constituting the cytochrome P-450. The same enzyme complex is involved in the metabolism of several classes of drugs, among others used in the treatment of hypertension and coronary heart disease, allergies, viral infections and disorders of fat metabolism. By blocking the components of the juice of cytochrome P-450 is impossible to eliminate these drugs from the body and its blood level rises above therapeutic levels (up over 500%) to give serious complications.

Milk, cheese, yogurt and derived products contain significant amounts of calcium. If you are taking medications with them, it falls in reaction to form insoluble compounds reducing or completely preventing their absorption.

The use of dietary supplements may increase the occurrence of different types of interactions with medicines prescribed by physicians. One of the most famous examples are the interactions between calcium ions and certain antibiotics and chemotherapeutic agents. Calcium contained in mineral preparations, may form insoluble salts with these drugs, and thus - reduce their absorption. As a result of reduced absorption occurs, in turn, to reduce its concentration in the blood, resulting in a lack of therapeutic effect. Taking preparations containing calcium salts along with some antibiotics commonly used in the treatment of respiratory tract infections and urinary tract can reduce their blood levels up to about 50%. Containing potassium supplementation or intake of foods rich in this mineral, such as banana or tomato juice, concurrently with the intake of drugs against high blood pressure can lead to excessive increase in the concentration of potassium in the blood. Too much potassium in the blood is just as dangerous as its deficiency. It may in fact cause severe clinical consequences, such as cardiac arrest, cardiac arrhythmias, muscle weakness, drowsiness, headache. Some drugs used in diseases of the bones have the ability to bind calcium and iron. Therefore, within 2 hours after taking medicines in this group we shouldn?t consume food, especially rich in calcium (milk, dairy products), vitamins and trace elements. Use of antacids in the stomach is not recommended, because they include in its composition of iron, magnesium, aluminum and calcium. Dangerous interactions can also be between vitamin and mineral preparations with anticoagulants. People taking these medications should not take vitamin K preparations at the same time, and consume products containing large amounts of this vitamin, such as broccoli, spinach or lettuce. Failure to do so leads to lack of efficacy of anticoagulants. Vitamin K results in an increase in blood clotting. Clinical studies have shown that preparations of iron and magnesium, taken with thyroid hormone reduces the activity of the latter. Thyroid hormones ashould therefore be dosed at least 2 hours after taking the iron and magnesium ions. Thyroxine shows the ability to form stable complexes with iron.

It is a substance widely used in the confectionery and beer industry, which causes a drop in potassium blood level. In healthy individuals, this is not a threat, and a deficiency of potassium is quickly replenished. If the person is taking medicines called digitalis (heart failure), the decrease in potassium can cause very serious arrhythmia or slow its action.

To avoid interactions between medications and food, it is recommended to:

1. Sip medicines with water at room temperature. Tea, coffee or milk products may reduce the absorption of drugs. Fruit juice interfere with the metabolism of drugs in the body. Try not to mix medications with hot drinks, because high temperatures can reduce their effectiveness. Do not take medication with alcoholic drinks.
2. Do not mix medicine with food, or not take it immediately before, during or just after meals (unless your physician tells you). If you know that a meal can interfere with the operation of the drug, it is best to take it 1-2 hours before or 2 hours after eating.
3. Do not take vitamin, mineral or vitamin - mineral preparations at the same time as other medications because it may cause malabsorption of the active substance.
4. Always carefully read the label attached to the drug.


Consumed food during the treatment can significantly affect the absorption of medications from the gastrointestinal tract. This...