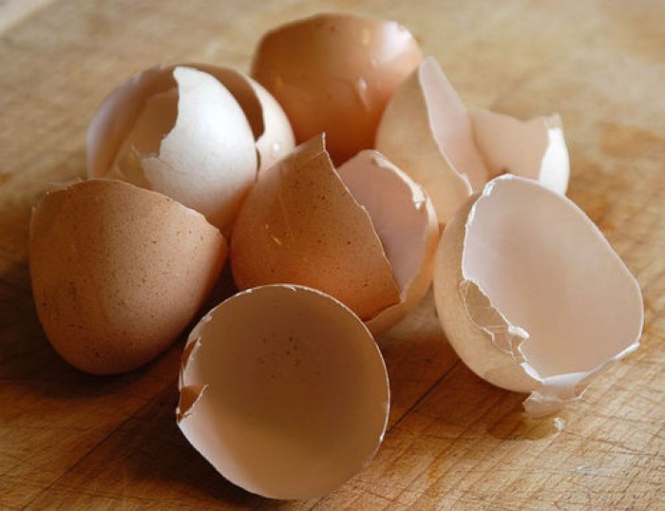 They are one of the best sources of calcium, which is absorbed by organism in approximately 90% and it is easier for your body to digest and absorb. Apart from calcium in a shell all essential for organism microelements: magnesium, boron, copper, iron, manganese, molybdenum, sulphur, silicon, zinc, etc. - totally over 25 of them are contained. Scientists from Germany and Hungary, who had been researching for 15 years the influence of egg shell for human's organism spotted that in children and adults giving them egg shell resulted positively at brittleness of nails, hair, gum bleeding, constipation, hay fever, asthma. Dutch researchers reported a highly positive effect of eggshell calcium (with added magnesium and vitamin D) on bone mineral density in a scientific study. The supplemental group had measurable increases in bone density in their hip bones after one year. Japanese studies at Japan Women?s University (Tokyo) also showed the bone-building combo of eggshell calcium and vit D3 in animals with osteoporosis. Not only did it improve the bone density, but it did it without increasing blood calcium levels. The composition of an eggshell is very similar to that of our bones and teeth.  It turned out that egg shell not only strengthens osseous tissue but also removes from organism radioactive elements. You can use any kind of egg (chicken, goose, duck), but it is best to use organic or certified organic eggs from free-range birds. If the bird does not get proper nutrients the eggshells won't contain the nutrients we need.

How to make powdered eggshells

1. Wash empty eggshells in warm water until all of the egg white is removed, but do not remove the membrane because it contains important nutrients for the joints which helps arthritis.
2. Lay broken pieces out on paper towels and allow them to air dry thoroughly.
3. Break the eggshells up into small pieces, and grind them to into a fine powder in a food processor, blender, coffee grinder, or a nut mill, or put them in a plastic bag and use a rolling pin to grind them. Please note that some blenders will not grind the eggshell into a fine enough powder. A coffee grinder works the best.
4. Store powdered eggshells in a covered glass jar or container. Keep it in a dry place, like the kitchen cupboard.

How to take eggshell calcium

There are two ways of taking eggshell calcium:

1. Take the dry powdered eggshell without mixing it with lemon juice. Since it is high in minerals they won't mixed into any liquids because they will sink to the bottom and you'll be digging it out with a spoon. Instead put the correct amount on a dessert spoon, add some warm water and mix it as best you can, and take it from the spoon, followed by swallows of water.

2. Soak the eggshell in lemon juice as instructed below. You can make more than one dose at a time but after soaking it in lemon juice keep it in a tightly covered glass container in the refrigerator so it won't dry out.

- Put 1/2 teaspoon of powdered eggshell into a small dish (approximately 4 1/2 to 5 1/2 inches across) ? 1/2 teaspoon equals approximately 400 mgs of elemental calcium.
- Add the juice of 1/2 a lemon (freshly squeezed), and mix well?it will start to bubble and foam, which is what is supposed to happen.
- Leave it at room temperature for 6 hours ? the longer you leave it the less gritty it will be, but do not leave it longer than 12 hours since it will dry out too much.
- Take it from a spoon, followed by mouthfuls of water to wash it down, and always at mealtime. It is not sour tasting. In fact the taste is quite pleasant.
- Also take 400 mgs of magnesium citrate at the same time.

Some people prefer the organic eggs or free-range to other eggs. Their egg shells may have differences in chemicals due to how the chickens were raised. To qualify as organic, the eggs have to come from organic-fed chickens - no pesticides, synthetic fertilizers or anything like that. Organic eggs are less affordable, but will ensure that you keep those chemicals out of your body. The chickens live in a cage-free environment, most likely an enclosed pen.

Free-range eggs come from chickens that have been allowed access to a fenced in patch of land. They are not raised with the same organic standards. Non-organic eggs are of course the most common that you find in your local grocery store. They may have been given antibiotics or hormones to increase egg production and molting. The one important tip when choosing your eggs is that the thicker the egg shell, the more nutrients.


They are one of the best sources of calcium, which is absorbed by organism in approximately 90% and it is easier for your body to digest and...