Carcinogens and mutagens that may occur in foods 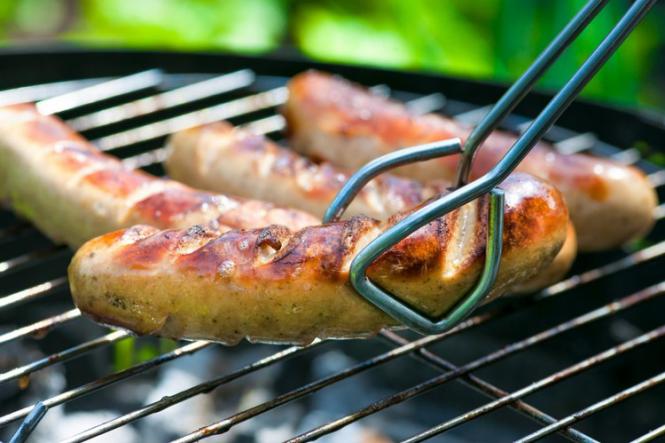 Cancer is one of the deadliest scourges of modern civilization. The occurrence of cancer in humans in a large percentage is dependent on environmental factors, which also includes diet. Evidence linking diet with cancer risk is provided by numerous experimental studies.

On the formation of tumors can affect the storage and processing of food as well as presence of substances which pass into the food due to environmental pollution, therefore carcinogens and mutagens may occur in foods. A substance or compound having an impact on the formation of tumors are called carcinogens - that is a factor that causes the mutation of genetic material, or mutagen - each of the factors that cause mutations, which changing the genetic material.

Carcinogens and mutagens formed in food by storage or processing

Mycotoxins. Mycotoxins are highly toxic compounds produced by molds. They are the most serious contamination occurring primarily during storage of many food products, among which the most frequently mentioned is corn and peanuts. Among the many classes of compounds belonging to a group of mycotoxins only in three carcinogenic properties has been proven, and these are aflatoxin and sterigmatocystin affecting the formation of liver tumors, and ochratoxin A that causes kidney cancer. Mycotoxins are characteristic mainly for products produced in tropical countries, as a result of inappropriate methods of harvesting and storing of these. Fortunately, as technology develops food poisoning risk because of mold toxins decreases.

Nitrosamines. They appear as additives used in food production or as preservatives which are added to finished products. In a balanced diet, with no decisive advantage of one of the components, nitrosamines are not too harmful. Unfortunately, many people forget about fruits and vegetables, which are very important and contribute to the reduction of harmful nitrosamines found in red meat and products with a large number of preservatives (nitrates, nitrites). The most dangerous nitrosamine, most commonly occurring in food is N-nitrosodimethylamine. Excessive consumption of foods high in preservatives and heat treated can cause induction of liver tumors, colorectal, lung, pancreas, or stomach. All nitrosamines are also mutagenic. Particularly high concentrations of nitrosamines perform in smoked sausages, salami, bacon, ham, beef or hamburgers.

Polycyclic aromatic hydrocarbons. Polycyclic aromatic hydrocarbons (PAHs) occur in the heat treatment of meat. They were also found in tea leaves, milk products, fruits, vegetables, oils and grains. PAHs in food products occur primarily during frying and baking, especially over an open fire, for example in barbecue. Formed not so much as a result of the heat, but a result of fat changes. Highly carcinogenic member of this group is the most studied carcinogen, benzopyrene.

Heterocyclic aromatic amines. Heterocyclic aromatic amines (HAA) are formed by thermal treatment of many types of foods, especially with high protein content. These compounds are extremely potent mutagens and carcinogens. They occur in foods as a result of heat treatment at temperatures above 150°C. In these temperatures it reacts with protein-building amino acids, creatine, and sugars present in the muscles (this process has been called the Maillard reaction). HAA are formed mainly on the surface of the meat and fish roasted over an open fire (crispy skin). On the amount of HAA affects: time, temperature of treatment and the type of meat. The longer you bake, fry, grill or cook, the greater the amount of HAA appears in the final product. The largest amount of HAA is in well-done, red meat. The cooked and not marinated meat has less HAA than those after any treatment. Even small amounts of HAA can cause DNA damage. There are also documented cases of myocardial cell damage. However, mutagenic and carcinogenic properties are the most dangerous. It has been proven that the HAA have an impact on the formation of colorectal cancer and breast cancer. For many, however, the most important information is that the HAA will done a really great damage in the body only in case of so called favorable environmental factors, such as susceptibility to intestinal diseases. In another case, the body is able to remove harmful mutagens itself.

Carcinogens and mutagens pass into the food due to environmental pollution

Pesticides. Pesticides are used in the process of destroying parasites of both plants and living organisms. The number of such compounds is estimated at about 1,000. Human poisoning by pesticides may occur as a result of mistake or deliberately as a result of the accumulation of small amounts of pesticides for a long time in the human body. The most dangerous are insecticides that can lead to serious kidney and liver damages. DDT mentioned previously, also accumulates in the liver, brain and heart. While many pesticides can be neutralized by the action of deoxidative factors, whereas DDT has very high resistance to them. Fortunately, throughout the European Union and in well developed countries law regarding pesticide content in final products is very restrictive, and appropriate controls are very common. The risk from pesticides is declining over time.

Dioxins. Dioxins are also very dangerous compounds having mutagenic and carcinogenic effects. Result from combustion of industrial waste, coal, etc. Most commonly they enter the body with food, because the remaining dust from combustion processes move at very large distances by polluting soil and water. Just as pesticides, dioxins are very well soluble in fats, and their sources are: meat and meat products, fish, eggs, milk and dairy products. In the meat mostly occur due to contamination of feed that animals are fed with. Also previously mentioned heat treatment of food affects the formation of dioxins.

Heavy metals. Due to the rapid industrial development of the world the risk of poisoning by heavy metals has significantly increased. Although in recent years developed countries has reduced their emissions, soil-contamination is a hard reversible process. And that contamination of soil, in addition to water and air is the most common reason of heavy metals appearance in food. The greatest threat represent cadmium, lead and mercury. They can accumulate in the body, have a long half-life, and thus chronic toxicity. Serious poisoning is quite rare, but constant taking them, even in small doses can lead to chronic disorders. These include: changes in protein synthesis, ATP production disorders, neurological, cardiovascular or gastrointestinal tract damages. Heavy metals accumulate mainly in the bones, brain, liver, kidneys and muscles. Proper diet is very important in the case of "preventive" war with heavy metals. Ability to reduce the risk has protein, fiber, vitamin C, D, E, B1 and some minerals. The main "source" of heavy metals are plants due to constant exposure to contaminated soil, fish and shellfish from mercury and potatoes because of cadmium and lead.


Cancer is one of the deadliest scourges of modern civilization. The occurrence of cancer in humans in a large percentage is dependent...

Many Americans eat too much and don?t exercise enough. If you have a hard time believing that, look around. About 16% of kids ages 12 to 19 are obese and 30% are overweight. As for adults, 31% are considered obese and 65% are overweight. Obesity can lead to serious health problems, such as heart disease, stroke, diabetes and high blood pressure. Type 2 diabetes, once considered an adult disease, increasingly affects kids.