Coffee and its impact on health 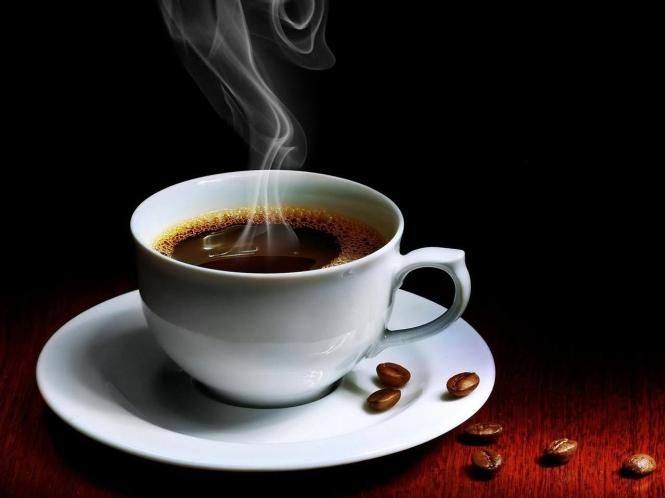 The name coffee is derived from the Arabic word "kahwa" or Turkish "kakve" - Arabs knew coffee from the Middle Ages, and it came to Europe in 1644 and since then it continues on its relentless career - not just on European tables. The first European coffee shop was opened in 1671 probably in Paris. In Vienna, the first cafe was opened in 1683, and coffee was provided using the Kara Mustafa stock.

Coffee beans contain in its composition of approximately 35-40% carbohydrates, 10-17% fat, 8% protein compounds, polyphenols 5-10% and 1-1.5% caffeine, tannins and minerals. Coffee contains over 700 different aromatic compounds, which will ensure its so original scent. Furthermore, coffee contains irritants and high concentrations of free radicals. It is interesting that coffee not only as commonly believed, "leaches" minerals in the body, but includes some of their number. Two cups cover only 3% of the daily requirement of magnesium while one cup of coffee can provide 5-10% of the daily requirement for vitamin B3.

What amount of coffee you can drink without its harmful effects ?

A pregnant woman should drink a limited amount of coffee and soft drinks with caffeine, because caffeine prolonged breakdown in the body. This carries a particular risk, because caffeine and its metabolites pass through the placenta. The adverse effect of high doses of caffeine leads to an increased risk of miscarriage, low birth weight of infant, or may completely prevent pregnancy.

In this situation, it also recommended to limit consumption of coffee, because caffeine pass into breast milk. Drinking coffee by young mothers even in moderation, gave a noticeable change in heart rate and respiratory system in infants.

Coffee can weaken the bone structure of children and young people, because at that time bone density is being shaped, which affects the functioning of the locomotory system in the future.

Coffee and hypertension in the elderly

Research shows that coffee drinkers for many years in amounts of about 5 cups a day have a slightly higher blood pressure than non-coffee drinkers.

Unfortunately, coffee contains harmful compounds such as diterpenes, which are extracted by hot water going into the coffee, that can raise the levels of LDL cholesterol and homocysteine. The most elevated cholesterol levels were observed in subjects who drank boiled coffee or pouring boiling water, where the level of diterpenes in coffee is the highest. We can eliminate diterpens using a tissue or filter, which limits the passage of toxic compounds into the brew.

Coffee has in its composition irritants that cause a number of ailments such as heartburn, abdominal pain, flatulence, intestinal cramps. For persons with gastroesophageal reflux disease, it is recommended that they drink decaffeinated coffee because caffeine reduces tension of esophageal sphincter, which is conducive to increased gastric reflux into the esophagus.

The dose of caffeine

Caffeine from coffee reaches a maximum concentration after 20-30 minutes of ingestion. Its action is to:


The name coffee is derived from the Arabic word "kahwa" or Turkish "kakve" - Arabs knew coffee from the Middle Ages, and it came to...

To increase the protein in peanut butter (peanuts have about the same amount of protein as soy), Brewer?s yeast can be mixed in. This is especially useful for vegetarian.