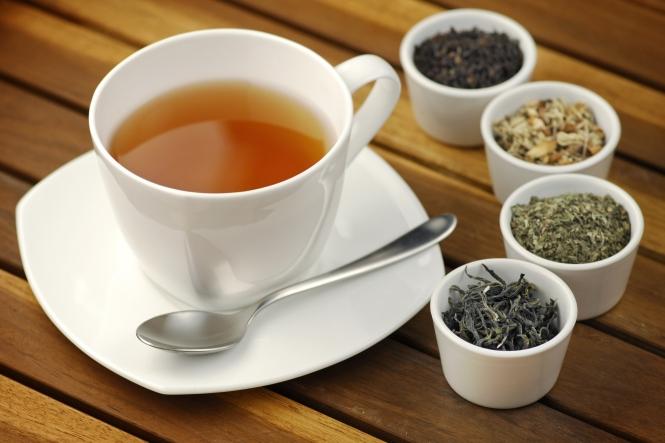 The homeland of tea is China, where it has been grown for over five thousand years. Next Japanese, Koreans and people from south-east Asia began growing it.

Just a thousand years ago Arabic merchants were successful at taking away dried tea leaves to Middle East. Tea reached Europe in the middle of the 16th century thanks Venetians, who were keeping lively contacts with Arabs and Turks. But until 1610 its deliveries were occasional, and dried pressed leaves were treated as an expensive medicine. Only regular deliveries from Japan by Dutch gave the beginning of career of this stimulant in Europe. In the 17th century tea became popular throughout Europe and the American colonies. By 1650 the Dutch were actively involved in trade throughout the Western world. Peter Stuyvesant brought the first tea to America to the colonists in the Dutch settlement of New Amsterdam (New York). Settlers here were confirmed tea drinkers, and indeed, on acquiring the colony, the English found that the small settlement consumed more tea at that time then all of England.

It is mostly produced in China. It is made only of leaf buds. Leaf drooping is headed the action of steam. It is aimed to gradual loss of natural moisture from the leaves. There is no fermentation at all. Leaves after passing through the stage of drying have silver shade, delicate hair are visible. These are highly valued "gourmet stuff" on tea market. Infusion of white tea has light straw color and characterizes itself with delicate taste of fine aroma. It contains most theine what makes it have remarkably refreshing and stimulating properties.

It is produced in China and Japan. This tea is labeled as not-fermented because it does not go through oxidation process, its leaves keep green color. Collected leaves - after water vaporizing are rolled and dried at high temperature. Green tea contains theine, ethereal essences, amino acids, vitamins: C, K and B group, and also mineral ingredients. It has stimulating action, adjusts blood pressure, and furthermore it is said to possess bactericidal action, and because of this it has very good influence for digestive system and even anticancer features. It exhibits much bigger influence for human's organism than black tea. It works against calculi in liver, kidneys and bladder, lowers blood pressure, brings down bad cholesterol level. It has redemptional impact on urinary system preventing many dysfunctions. It results from its bactericidal properties. It also eases troubles connected with rheumatism in significant way and protects organism against its occurrence. Green tea has also action defending against arteriosclerosis.

It is produced in China and Taiwan. To its composition belong young leaves of tea shrub with not-bloomed buds. Technological process of leaf processing places yellow tea between green and half-fermented red ones, because of 13% of leaf oxidation process. Very delicate amber infusion distinguishes itself with the flavor harmony. Huge precision assisting leaf collection is tied with adequately high quality of yellow tea. It rarely occurs on European markets.

To this kind belong half-fermented teas. They come from China and Taiwan. Processing commences with the stage of leaf drooping. After loss of moisture leas are placed in rush baskets and from time to time shaken. It is to lead to rub edges of leaf plates. In consequence it simplifies proceeding of fermentation. Chemical compounds contained in leaf enter reaction with oxygen. After several hours this process is stopped by leaf drying. Special attention among red teas is paid to very slowly fermented Chinese Pu-Erh, which decreases level of cholesterol in blood, supports liver running, purifies organism and effectively fights overweight. In that way tea reaches unrepeatable health properties. The longer tea ages the stronger these properties are. It is combined with formation of special compounds - flavonoids. Red tea should not, as well as green one, be served with sugar which neutralizes the majority of its features.

Black teas are treated long process of production, which includes stages of leaf drooping, rolling, fermentation and drying. It causes that black tea has stimulating properties. About flavor qualities of these teas decide such factors as: country of origin, plantation, crop period or rate of leaf rolling. The best-species tea shrubs grow in high-mountain plantations in India (Darjeeling, Assam). It is associated with climatic conditions which are optimum there. To valued black teas we can class Chinese teas of exceptionally rich taste and interesting aroma. To exceptional teas Kenya Marinyn is classed - this representative of African plantations is famous of its delicate citrus aroma. For gourmets of strong essence infusions worth recommending are teas from Sri Lanka.


The homeland of tea is China, where it has been grown for over five thousand years. Next Japanese, Koreans and people from south-east...

Different parts of the world have their own local cuisine. The diets and general food habits of various cultures depend on social, religious, economic and safety factors as well as the availability of different foods. Examples of food and cuisine that are popular or famous in certain areas of the world include hummus in the Middle East, apple pie in the USA, raw fish in Japan, cheese in France, roast meat and vegetables in England, curry in India and tortillas in Mexico.