The sense of taste and the types of flavors 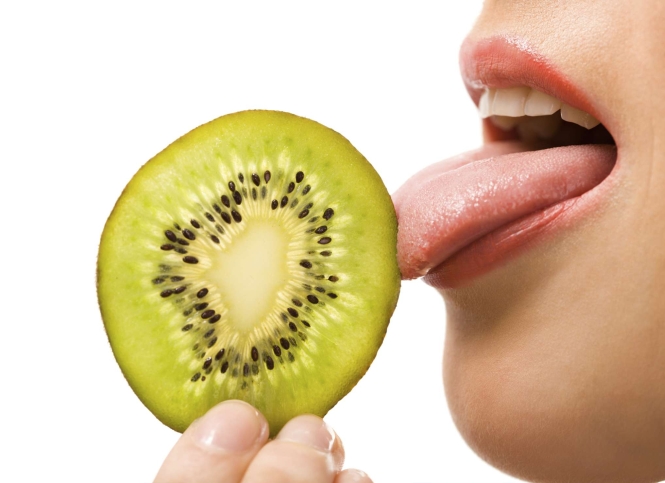 Taste is one of the five senses, in which a man was equipped with. With it we can determine the flavors of many foods, choose those that we meet and those that can not tolerate. More importantly, due to taste, in many cases we can protect our bodies from food spoiled, poisoned, or fermented. Without this sense our world of experience would be much poorer. Food and wealth of taste experiences would not have been understood, and the food there wouldn?t be such fun. Studies on the sense of taste has already started in ancient times. Led by Aristotle and Hippocrates. Aristotle outside the main flavors, the bitter and the sweet, stood a few others: juicy, tart, spicy, salty, sour. From the period of antiquity there were first attempts to classify the taste sensations. More intensive research on taste were carried out only in the nineteenth century, the era of the industrial revolution, when the taste, and actually preserve flavor and extend its life, has become a key objective in the food industry.

AD... Read more ▼
Then four main flavors were distinguished: bitter, sweet, salty and sour. In the early twentieth century, namely in 1909, Japanese psychophysics Kikunae Ikeda discovered fifth taste called umami, which in free translation means good or excellent. After almost the entire century of research and reflection on the discovery, in 2000 officially included a new flavor to the other four. The taste of umami is responsible for the detection of glutamic acid (amino acid), which occurs in meat (especially beef), and also in fermented foods, popular in Asian cuisine - fish sauce, soy sauce, shrimp pastes, as well as mold in cheese, mushrooms, nuts. Of course, the perception and acceptance or not of the flavor is characteristic of an individual, and the same sense, although rather detailed examination, still hides many secrets. Responsible for the sensation of taste buds are gathered on the tongue. Language is responsible for the perception of various stimuli. With it, we know where our food is too hot or too cool, we feel dry, as well as numbness and pain.

Taste is tightly related with the sense of smell. Probably only 10% of the impression is a taste received by the taste buds, and the remaining 90% our sense of smell is responsible for. The taste buds are almost 10 thousand times less sensitive to the concentration of molecules contained in food than our noses. The weakness of sense of taste felt especially during the normal cold. The fact that after leaving olfactory sensations the food loses its flavor, is obvious for astronauts. In space, sense of smell is weakened, so you need season the food much stronger than on Earth's. People can distinguish about 20 000 of different odors in at least 10 degrees of intensity. Coupling sense of taste and smell occurs in such a way that the impulse reaching the cranial nerves of the cerebral cortex comes from both the mucosal areas of the language and the nose. The process of recognition of taste begins with the surface of the tongue, right on the nipples provided with a number of taste buds. There are four types of papillae: encircled (the largest, have the taste buds), a mushroom (quite large, they have taste buds), leaf (smaller, occur on the sides of the tongue, have the taste buds) and filamentous (no taste buds, the smallest and most numerous). The taste buds are present not only in the nodules, are also located on the palate, the epithelium of the pharynx, epiglottis, and upper esophagus. Man has about 10,000 of taste buds. Each bud has got 50 - 150 taste receptor. These, in turn, if are sensitive to the same taste, group close together, because of this we feel on the tip of your tongue mostly sweet taste, on the sides and in the middle of the salty and sour flavors, the entire surface of umami and bitter taste at the end. The receptors responsible for sweet taste recognize carbohydrates, mostly monosaccharides and disaccharides, a salty taste recognizes sodium and potassium salts, and exactly the cations of these metals, the receptors responsible for sour taste recognize organic and inorganic acids, receptors responsible for detecting bitter taste alkaloids, and many recognize inorganic salts, the receptors responsible for detecting umami taste recognize the presence of glutamic acid. Sensitivity to bitterness increases during pregnancy, probably because many toxins have a bitter aftertaste, and the body of the mother is extremely sensitive to such threats. Feeling the intensity of flavor depends on the temperature of food: higher highlights the sweet and bitter (higher activity of enzymes involved in the communication of information), and lower - salty.

People who have smell disorders or feel the can?t smell completely, feel the tastes in different way. Often their taste experience is very limited. Fortunately, the sense of taste is old and therefore not susceptible to damage and rarely disappears completely. Ageusia is a disease involving the loss of taste perception. May occur in cases such as tropical viral infections in the mouth, but also in stroke, multiple sclerosis, liver disease, inflammatory diseases of the brain and peripheral facial palsy and Alzheimer's disease, in turn, dysgeusia is a state of decreased sense of taste. The first taste buds appear when the fetus has a 7 or 8 weeks and they function to the third trimester of pregnancy. To the fetus through the amniotic fluid variety of flavors are transferred. It seems that infants have a sense of taste. Breastfed infants are exposed to different tastes, because breast milk reflects the taste of food consumed by the mother. It is not yet clear whether these and other early taste experiences affect food preferences in later life. Research is ongoing on this issue. After 60 years of age begins a gradual decline in the sense of taste and a more dramatic reduction in odor perception. This applies even in healthy subjects.


Taste is one of the five senses, in which a man was equipped with. With it we can determine the flavors of many foods, choose those that we meet...

The human digestive system is home to between 10 and 100 trillion bacteria, at least 10 times the amount of cells in the body. There are, however, indications that intestinal bacteria differ in lean and obese people.