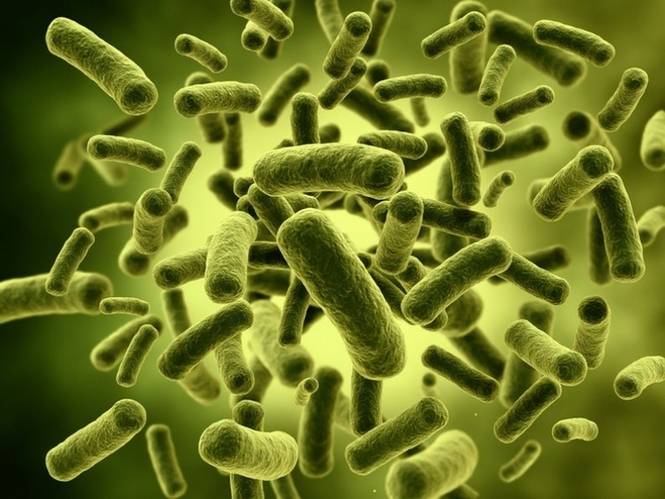 The human body is an ecosystem inhabited by millions of microorganisms to ensure its proper functioning and to prevent the formation of pathogenic processes. The large intestine, whose role in the body can not be overestimated, inhabits more than 200 species of microorganisms. It is important to those operating successfully maintain at an appropriate level, because their deficiency leads to a multiplication of potentially pathogenic bacteria, which may lead to a variety of diseases.

The name probiotics comes from the Greek "pro bios" which means "for life" are defined as living microorganisms that favorably affect the body by maintaining a balance of intestinal microflora. As probiotic we consider bacteria that are able to survive in the gastrointestinal tract, are active and do not cause any side effects. Yet, with the probiotic product shall be one in which the amount of microorganisms is between 106 - 107 cells by cubic centimeters of the product. A special position among the probiotic is occupied by lactic acid bacteria, producing IgA antibodies, present later in our saliva.

AD... Read more ▼
Beneficial, health promoting effects of probiotics was confirmed by a number of studies. First of all, they allow large intestine functioning for cleansing and detoxification of the body, enhancing peristalsis and reducing the weight of stool. Thus, reducing bloating, diarrhea, abdominal pain and constipation, which is a problem of 30% of the population. Also reduce diarrhea and diarrhea caused by antibiotic treatment by chemotherapy. In addition, take part in the production of vitamin B12, PP, K, and folic acid, and also affect the resistance of the body by stimulating the immune system (creating and stimulating antibody activity).

Their presence and multiplication protect against pathogenic bacteria, or even eliminate it, producing antibacterial substances called bacteriocins. They take part in the digestion of lactose, which is important for people suffering from disorders of its tolerance. Also indicates their importance in preventing allergies, infections, gastrointestinal tract and in lowering levels of harmful cholesterol.

Their role in reducing the risk of cancer is also under the research, it has been shown that they limit the carcinogenic activity of the enzymes. Additionally, they can be used to reduce tumor recurrence in bladder cancer. Their effective anti disease operation was also proven, during infections of genitourinary tract with irritable bowel syndrome, and the fecal reservoir inflammation occurring after resection of colorectal cancer. They can also help to treat bacterial infections of Helicobacter Pylori, known as responsible for the occurrence of peptic ulcer disease, as well as help detoxify the people exposed to harmful chemicals because of their work.

Unfortunately, probiotics are highly sensitive to harmful substances and can easily lead to disturbances of their homeostasis, and the characteristic symptoms of this condition are mentioned: bloating, diarrhea, constipation, susceptibility to infections.

The most common cause of failure is antibiotic therapy, which is used far too often. The action of these drugs is to destroy all bacteria, both pathogenic and those necessary for the proper functioning of the body. Antibiotics are overused, often harm, instead of protecting us, because their too frequent use leads to the immunization of harmful bacteria on their operation. It was also found that bacteria can transfer the resistance genes, which leads to the formation of more resistant strains. In addition, antibiotic therapy, which, without exaggeration, can be called the extermination of beneficial microflora, contributes to lowering immunity. It also leads to the acquisition of resistance by so-called flora bacteria (or resident), which thus can begin to demonstrate a pathogenic effect, leading to infections known as opportunistic (typical for people with lowered immunity). Meanwhile, it takes body up to 6 months, to restore an appropriate amount of probiotic bacteria! It is therefore important to provide them to the body as composed respectively of food products such as yoghurt and kefir, or eating products containing probiotics and prebiotics.

Prebiotics are nutrients which are not digested and their beneficial effect is to stimulate growth and activity of probiotics. The most valuable of them are inulin, fructo-and galactosacharides, whose beneficial effects have been confirmed by tests. In one study group were administered the above prebiotics and after two weeks there was a significant increase in bifidobacteria, which became the dominant strain.

Besides the fact that prebiotics are nutrients for probiotics also regulate gastrointestinal motility and exhibit antitumor activity, mainly by increasing stool weight, resulting in a "dilution" of carcinogens and their shorter contact with the intestinal epithelium (thanks to more frequent bowel movements). The impact on the increased absorption of minerals is also confirmed, especially calcium and magnesium. It has been suggested, moreover, that inhibit lipogenesis (deposition of fat in fat cells leading to body weight increase). As between probiotics and prebiotics, there is a close correlation, we use such supplements, which in its composition includes both of these substances. They are known as synbiotics.

How to prevent disturbance of the microflora balance ?

Beneficial microflora is extremely susceptible to harmful substances, and its deficiency leads to health complications and therefore the large amounts of yoghurt and kefir, which complement the shortcomings of probiotics should be consumed. We should also note that the survival of probiotics in the stomach and colon hinder stomach acid and bile, therefore, be sure to provide them with suitable conditions, enriching the diet of silage (such as sauerkraut and pickled cucumbers), citrus, apples and vinegar and foods high in fiber (prebiotics).
Often, however, changes in diet are not sufficient to ensure microbial homeostasis, especially during antibiotic therapy, chemotherapy, and also if there are symptoms of deficiency. Then, to prevent serious complications, please consult the appropriate dietary supplements, containing in its composition, both probiotics and prebiotics.


The human body is an ecosystem inhabited by millions of microorganisms to ensure its proper functioning and to prevent the formation of pathogenic...

Tofu is also known as bean curd, and is created by pressing coagulated soy milk into flat white blocks. This power-packed food substitute is ideal for vegetarians and vegans all around the world because it contains no traces of animal products of any kind - it is a pure organic food that supplies a wealth of nutritive value in a variety of delicious ways. The name itself comes from the Japanese word "tofu", but it is widely enjoyed in many countries for its extremely nutritious composition, despite being somewhat simple in appearance. It has a very low calorie count, but is packed with various nutrients and important organic compounds necessary for human health. It is not a complete protein, so it cannot completely replace those proteins lost by maintaining a vegetarian diet, but when coupled with a responsible amount of other healthy food, tofu can be an essential element of the human diet.

Diet for older persons - guidelines:    Proper nutrition helps to keep fit physically and mentally. Aging processes of organism are inevitable. However we can often slow it down and thanks to this keep physical and mental efficiency. Lot of scientist provide that human organism is able to reach 110-120 years. Why does so many people don?t manage... READ MORE