Food which improve memory and concentration 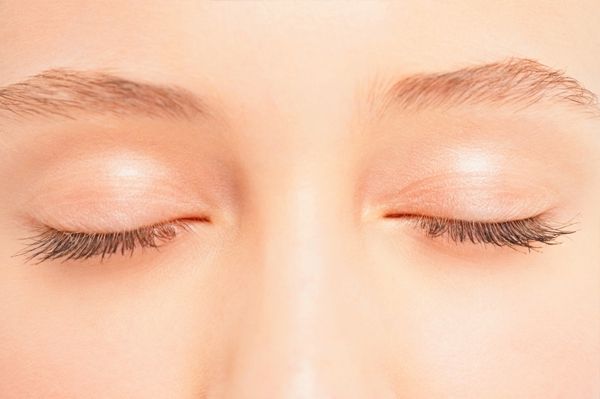 Weighing only 1400 grams - which equals 2% of the total body weight - the brain consumes 20% of supplied to our body and 20% of the oxygen we breathe. Our brain has an insatiable need for vitamins, minerals, amino acids, glucose and oxygen. Unfortunately, most people only remember the needs of the body and stomach, and does not provide the appropriate components needed for brain development.

Many wrongly believe that the intelligence, memory and general mental ability is only genetically determined. So they do not try to expand the capabilities of brain. The study contradicts that theory. Although the number of neurons of the brain is fixed at birth, development opportunities throughout its live seems to be endless. It is necessary to provide proper intellectual training, and creation of conditions for brain development - that is, adequate nutrition.

How to mobilize the brain for optimal intellectual performance ?

Two amino acids compete to control over the work of the brain. One is L-Tyrosine, which is used for the synthesis of brain neurotransmitters, norepinephrine and dopamine, which are necessary for the purpose of clarity and speed of thinking, long-term memory, sense of balance and presence of mind. The second is the L-tryptophan, which the brain uses to produce another neurotransmitter, serotonin, responsible for the slow reaction, a feeling of fullness after a meal and causing sleep. Therefore the order of these amino acids intake is very important. If we are going to have an intellectual effort, the meal should start with products that contain L-tyrosine, that is meat, fish, poultry, beans. L-tryptophan is, among others in dairy products and bananas.

Fish, olive oil, should be eaten because they contain omega-3 acids, which inhibit the formation of substances contributing to brain damage. If in the morning L-Tyrosine will reach the brain before L-tryptophan it will makes the brain function optimal throughout the day. If L-tryptophan first reaches the brain, will stimulate the production of serotonin, causing a reduction in mental and the brain starts to shut down even in the middle of the day. So if we want to stimulate your mind by L-tyrosine, we need to eat breakfast foods rich in protein, before we take a bite of food rich in carbohydrates - namely sugars. In the animal and vegetable protein is a lot of L-tyrosine, and small amounts of L-tryptophan. In addition, L-tryptophan needs carbohydrates to get into the brain. So eat protein in the morning and at bedtime carbohydrates, which stimulate the synthesis of serotonin. If, for example we refrain from eating noodles and similar products until the evening, we will achieve the highest mental energy during the day, and additionally L-tyrosine will minimize the effects of stress. The beneficial and relaxing effects of L-tryptophan we will feel in the evening, when it's time of rest and sleep. Carbohydrates are also needed to achieve optimal mental performance, but after eating foods rich in protein.

The main food of the brain is glucose. Our brain constantly needs glucose, which provides it with energy for all its functions: thinking, memorization, problem-solving. Simple carbohydrates such as refined sugar and flour, give your body a quick shot of glucose, followed by a sharp shortage. In general, complex carbohydrates are better because decompose more slowly. It is essential to choose the right time of day for the carbohydrate intake. Day should be started from eating foods rich in protein, and the snack menu should complement the food rich in complex carbohydrates to maintain blood glucose levels. The brain is affected by various herbs, including ginkgo, which primarily increases the oxygen supply to the brain, which mainly affects short-term memory improvement and to enhance concentration. Very useful is also ginseng, positively affects memory and mental performance. In addition, it adds energy, stimulates blood circulation in the brain, improves digestion and reduces susceptibility to stress and its effects.

Proponents of Ayurveda recommend herb called gotu kola, which increases intelligence, detoxifies the body, fight stress and rejuvenates the entire body. Calamus root regenerates the brain and nervous system, increases the sensitivity of the brain, facilitates the flow of nerve impulses. Nutmeg smoothes nerves and mind, and taken with milk cures insomnia, which also has important implications for our intellectual capacity and willingness to solve problems of mental nature. As for other products, according to proponents of Ayurveda best are: oats, licorice, basil, sage, asparagus, goat's milk, apples, oranges, quince and rose water. Interestingly, Ayurveda appreciates the value of gold as a factor acting positively on the brain, and even the heart. To harness the power of gold, we have to a pint of water put a gold object and cook until half the water has evaporated, take a teaspoon a day. Chinese Medicine prefers eating products that enhance yin energy (female), so therefore whole grains, seeds, mandarin, chamomile, goat milk, lemon, mulberry and cucumbers, apples, cabbage, sprouts and algae. They have all calming influence on the mind of man and strengthen him.

Gastrointestinal cells reproduce every two or three days, red blood cell exchange every three or four months, even bone cells are able to reproduce at an interval of two to five years. Brain neurons can not be renewed. Over time, the neurons of the brain accumulates the product of metabolism, which is due to the destructive activity of atoms and molecules, commonly known as free radicals. These particles destroy the cell walls and DNA, causing premature aging of the brain, and inadequate functioning of cells, memory loss, personality changes, changes in the aging regime, stroke and cancer. It is needed to learn how to eat properly and keep a fixed number of neurons of the brain, because they never get renew. Approximately 15% of our oxygen exhaled combines with fats and other substances in the brain, creating damaging free radicals. Fortunately we have a whole arsenal of antioxidants in the form of nutrients such as B vitamins - or vitamin B1, vitamin B5, vitamin B6, vitamin C, vitamin E, beta-carotene, minerals - zinc and selenium, coenzyme Q10, amino acid L-cysteine, L-glutathione tripeptide. All these nutrients have the ability to neutralize free radicals. Indirectly an important role in the functioning of the brain play minerals: potassium and magnesium. Potassium determines the proper functioning of the heart, regulates water balance and acid - base system, is also responsible for providing oxygen to the brain, thus facilitates clear thinking. Magnesium is needed for the production of enzymes supporting the action of the vitamins B1 and B6. In cooperation with the calcium facilitates conduction of nerve-muscle. It seems to us that vitamin C we need only to defend against the cold. Unbelievable may thus seem that the regular use of appropriate amounts of vitamin C may contribute to increased IQ. Detoxifying the body, fighting against free radicals, multiplying amounts of vitamin E, elimination of insomnia - these are the tasks of this nutrient. So let's reach for foods rich in vitamin C. The human "command center" likec choline and lecithin very much, which together form acetylcholine. Neurons with this substance quickly and easily communicate with each other. Lecithin can be found primarily in soybean oil, soybeans, walnuts, egg yolk, and choline in hazelnut, eggs, trout, wheat germ and peanuts. Just turn to your diet, although a small part of the above products, to notice the positive effects of nutrients on our mind.

The high levels of caffeine in energy drinks can lead to strong caffeine addictions if consumed daily. Regular consumption of energy drinks has also been linked to weight gain, heart palpitations, depression, irritability, headaches and insomnia.